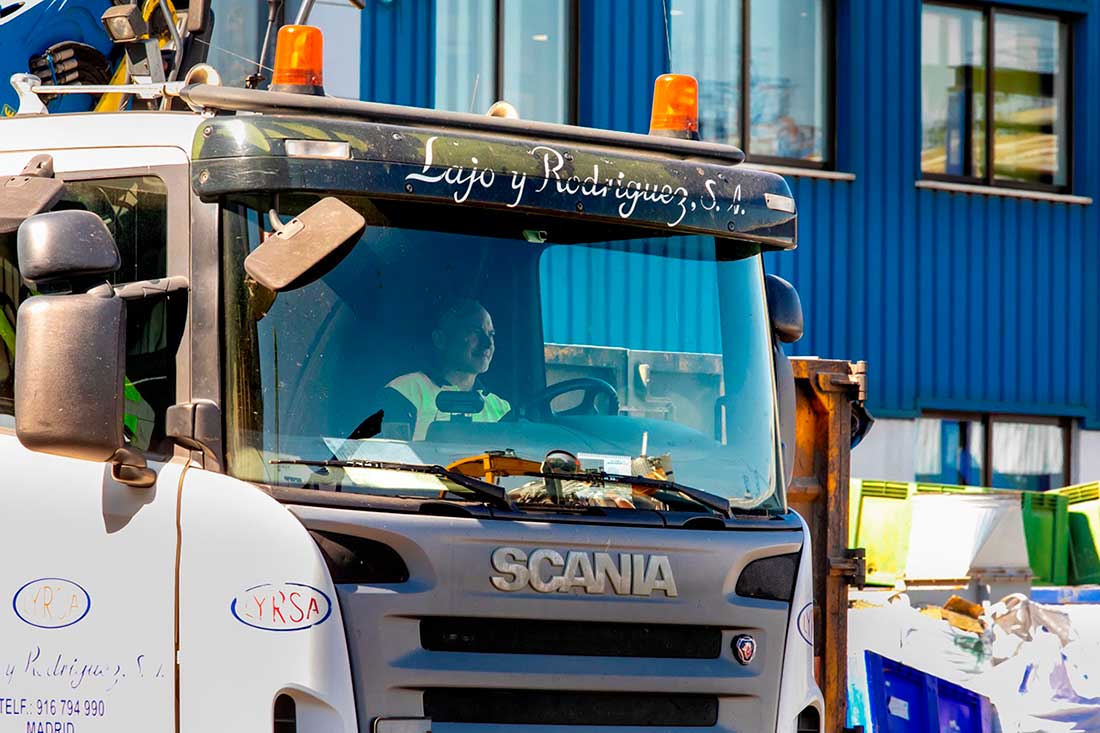 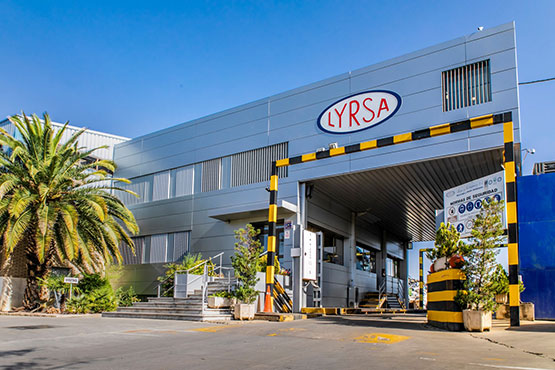 We specialise in treatment of end-of-life consumer products , as well as in comprehensive industrial waste management and recovery of scrap in general.

We have a extensive national implementation and a recycling plant in Portugal, which allows us to cover with guarantees the supply needs of our customers and provide waste management services to companies with maximum efficiency anywhere in the Iberian Peninsula. 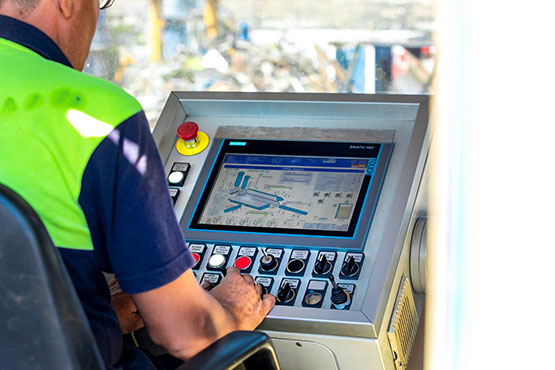 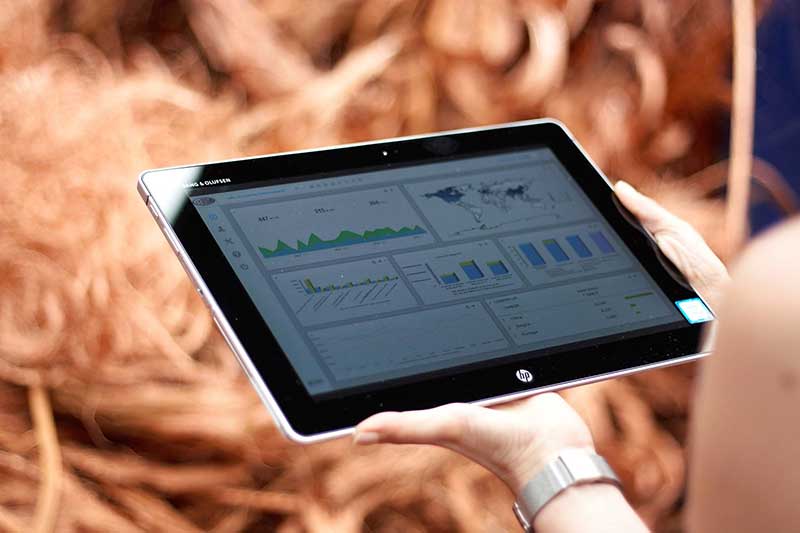 Committed to the growing environmental requirements, we maintain a constant certification process for all our plants and activities in accordance with international standards on Quality , Safety at Work and Environment and we have adopted a policy of continuous improvement of our industrial facilities.

All this, together with the important highly specialized and qualified human team and our experience of more than 50 years in the management of waste and its conversion into recycled raw materials makes us a reference in the recycling sector. We are active members in the main national associations of the sector, FER (Spanish Federation for Recycling and Recovery) and GREMI (Gremi de Recuperació de Catalunya) and we also took part as Gold Member in the BIR (Bureau of International Recycling). 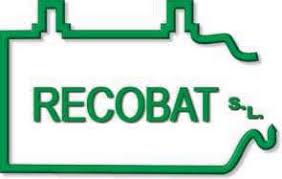 Execution of a Transformation Plan for the Derichebourg Spain with the aim of transforming the operative and strengthening our leadership at the national level, strengthening the traditional business and betting on new products and markets.

Appointment of Mr. Enrique Moreno as the new General Director of Derichebourg Spain.

50th Anniversary of the Constitution of Lajo y Rodriguez,as a Public Limited Company. 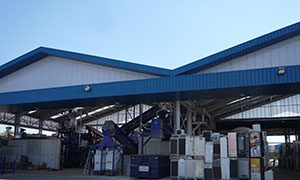 The new plant for WEEE (Waste of Electric and Electronic Equipment) recycling starts operations at ITS Mejorada del Campo (Madrid). At this plant all kind of refrigerators are recycled. 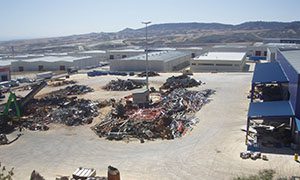 Opening of the new recycling plant of ARCHAMESA at La Muela(Zaragoza). 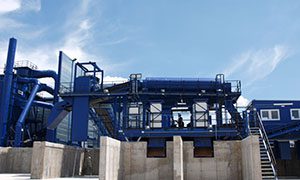 Installation of the first fragmentation plant of 4,000 HP, located in the municipality of San Martín de la Vega. REYFRA, the company owned and managed by the Derichebourg Spain, expands its surface area by 20,000 square meters, to install a plant with a treatment capacity of more than 140 vehicles out of use at the time.

Buyout of the company Ferrous Recoveries of Araya, S.A. (REFESA) by Derichebourg Spain.

Installation and commissioning of the VI shear press EC-1034, Metso, at the Derichebourg Spain Porriño plant, as well as the MOROS HP-1000 shear press at Archamesa, Zaragoza.

Derichebourg Spain, with the commissioning of this machinery puts an end to the acquisition of six shear presses during the period from 2005-2009, incorporating in 6 of its 16 centers the latest scrap cutting technology of the moment, providing speed and reliability to serve the defendant of the current market. 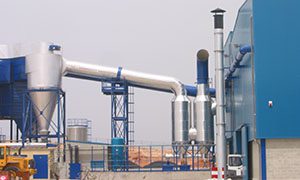 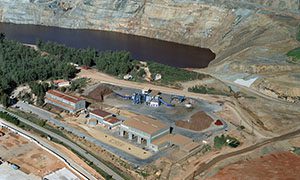 In the last quarter of this year, the activity of a new Derichebourg Spain plant in Aznalcóllar (Seville) started with a last generation Zerdirator type shredder plant. 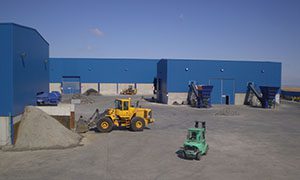 On March 27, Shredded Metals S.A. ( MEFRAGSA ) is constituted. In the middle of year 2007, ITS activity of Mefragsa started heavy media metal separation in Its new plant of Albalate del Arzobispo (Teruel). 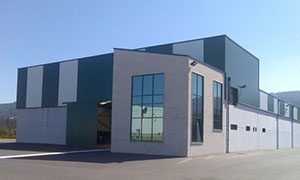 On January 14, in Lisbon, Derichebourg Spain Reciclagens Industriais Lda. Is constituted. In 2007 this company opens a new recycling plant in Valença do Minho, north of Portugal. 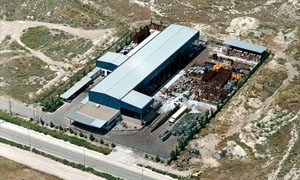 On the second of January, Derichebourg Spain activity starts ITS With significant investments on facilities and machinery in the inside of the Acerinox Factory in Los Barrios(Cádiz). 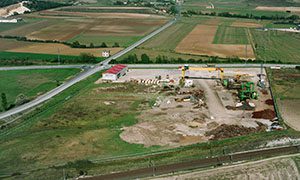 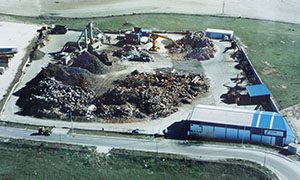 Constitution of Recycling and Fragmentation (REYFRA) as Association of Economic Interest (AIE in Spanish), with two shredder plants in Mejorada del Campo and San Martín de la Vega, Both locations in Madrid. On July 4 , 1995, REYFRA turns into public corporation. 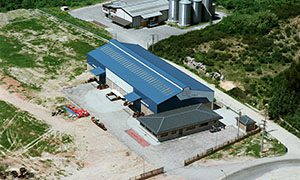 First establishment in Pontevedra, in the city of Vigo, That later, in 1987, to the current location Moves of 20,000 m² in the area of Industrial Gándaras, in Porriño. 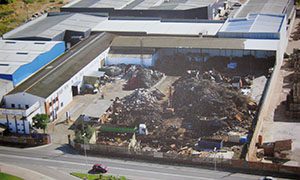 Consolidation of the first establishment in Lleida, at the Carretera de Tarragona, with an area of 7,500 m². 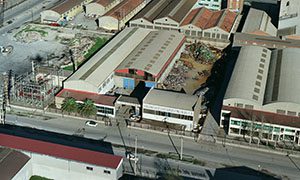 On October 9 Aragonesa de Chatarras y Metales S.A.(ARCHAMESA) is constituted in Zaragoza , at the industrial area of Cogullada. In These days, a new plant of 22,000 sqm at La Muela (Zaragoza) is being developed.

Buying of Recuperaciones Díaz (Logroño) shares, Which turned into public corporation on March 31, 1979. In 2007 the activity Moves from the old Camino de las Norias plant to the new one in the industrial area of Valparaiso, with an area of 30,000 m².

On May 18th, Lajo y Rodriguez is constitued as Public Limited Company. 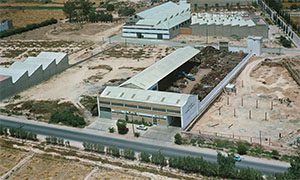 First establishment in Alicante, in Avenida de Alcoy. In 1982 the activity Moves to the Carretera de Madrid plant and, since 1997, is ran with a new plant Simultaneously of 18,000 m² in the Industrial area of Pla de la Vallonga. In the year 2006 the definitive removal of all personnel to this plant is done. 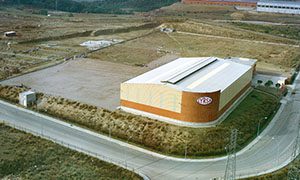 Consolidation of the first establishment in Barcelona, at Viriato street. In 1960 the Nuestra Señora del Port facilities are built and later on, in 1985 the activity In This area Moves to the current plant in Barberá del Vallés, in the industrial area of Santiga, with 27,000 m².

First establishment in Valencia in Avenida de Baleares. Later, in 1977, all the activity is Moved to the current plant in the Industrial area of Fuente del Jarro in Paterna with an area of 20,000 sqm. 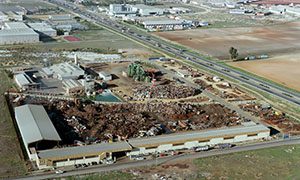 Consolidation of the first establishment in Sevilla. After going through several locations (Calatrava, Huerta Three Steps), in 1975, the activity was Settled in the current plant of Alcalá de Guadaira, with an area of 52,000 m² About. 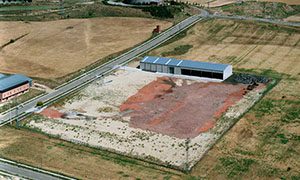 First establishment in Valladolid, in Barrio de las Delicias. The activity Moves to the Argales plant later, again Until 1993 That Moves to the current plant, About 32,000 m², in the San Cristobal industrial area. Apart From this, and since 1969, we render waste management services, with our own equipment and personnel, inside the Renault factory in this town. 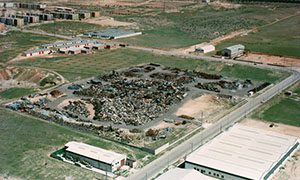 Beginning of the recycling activity in Madrid, combined With another textile activity. Throughout the years we Have Several operated plants, like the ones in Elfo, Azucenas or Vallecas. After Several years operating Simultaneously in three locations (Rufino González, Coslada and Mejorada del Campo), finally in 1989, the activity of Derichebourg Spain in Madrid was unified in the current plant of Mejorada del Campo (Shared with REYFRA) With an area of 36,000 m². 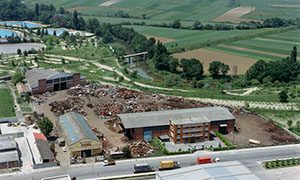 Beginning of the familiar joint activity with a first permanent establishment for recycling in Salvatierra de Álava, and later, in 1945, with another one in Vitoria (Alava), in the street of Las Trianas, Which was followed by the Monseñor Estenaga plant in 1954 . in 1965 with the buying of the company  Refiners and Smelters Escalmendi SA, all the activity in esta area Moves to the plant of Carretera de Bergara, Where it stays Until year 2005, When the activities of Derichebourg Spain and Refesa are joined in the present plant of Araia (Álava), with an area of 56.000 m² About.

Derichebourg España, a group of companies dedicated to Recycling. We specialise in the treatment of end-of-life consumer products, as well as the integral management of industrial waste and the recovery of scrap in general.
(+34) 91 67 94 990

We use cookies on our website to provide you with the most relevant experience by remembering your preferences and repeat visits. By clicking "Accept", you agree to the use of necessary cookies. However, you can visit Cookie Settings to provide controlled consent.
Cookie settingsACCEPT
Manage consent

Performance cookies are used to understand and analyze the key performance indexes of the website which helps in delivering a better user experience for the visitors.

Analytical cookies are used to understand how visitors interact with the website. These cookies help provide information on metrics the number of visitors, bounce rate, traffic source, etc.

Advertisement cookies are used to provide visitors with relevant ads and marketing campaigns. These cookies track visitors across websites and collect information to provide customized ads.

Other uncategorized cookies are those that are being analyzed and have not yet been classified in a category.

Save & Accept
Powered by